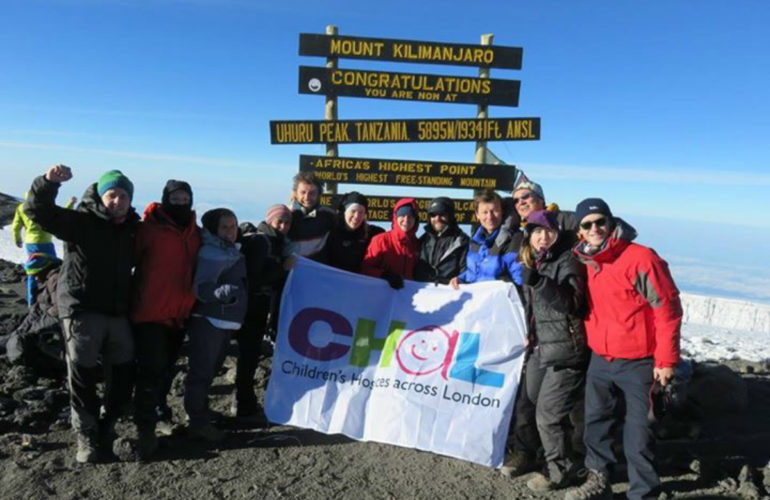 Funds raised from the partnership will be used to support 2,000 children and families using hospice services and explore the feasibility of several London-wide projects, including a 24-hour home support service.

BlackRock launched its charity of the year partnership with CHaL in September 2014, with the aim of raising £500,000. Initially set to run for 12 months, the partnership was extended to December 2015.

BlackRock managed to raise a total of £844,182 for CHaL though fundraising events such as the BlackRock Rowathon and the ‘Trial by Trivia’ City-wide quiz. Staff also organised their own unique challenges such as a Mount Kilimanjaro trek and a cycle ride from Venice to Rome.

More than 300 BlackRock employees were also involved in volunteering, with staff encouraged to support the partnership by using their two company-sponsored charity days to volunteer at their local children’s hospice. The volunteers assisted with hospice family events, helped in local hospice charity shops and participated in maintenance and gardening tasks.

In November, the Business Secretary, Sajid Javid, commended BlackRock for the partnership and said it was a strong example of “what can be achieved for the hospice sector.”

CHaL chairman Peter Ellis commented: “Our partnership with BlackRock has been a complete game changer for fundraising in the children’s hospice sector. Not only has it raised an unprecedented amount for CHaL, but it has also embedded a new strategic approach showing how smaller hospices can work together to achieve maximum financial return from major corporate partnerships.

“We would like to thank BlackRock for making an immeasurable difference to the lives of life-limited children and their families across in London.”

Stephen Whyman, a director at BlackRock and chair of BlackRock’s charity of the year 2015, added: “CHaL has given us a unique opportunity to have staff actively volunteering across London and the support from staff has meant that we have had our best-ever fundraising year and doubled the number of recorded staff volunteering days.

“The partnership model adopted by CHaL has also enabled us to utilise a much wider range of skills and experiences from across the five hospices. CHaL is an ambitious and inspirational collaboration which we are proud to be supporting. We are delighted that together we have been able to exceed our fundraising target which will leave a legacy in supporting more children with life-limiting conditions and their families across London.”