CarePeople & Places Carers share the story of their friendship - ehospice 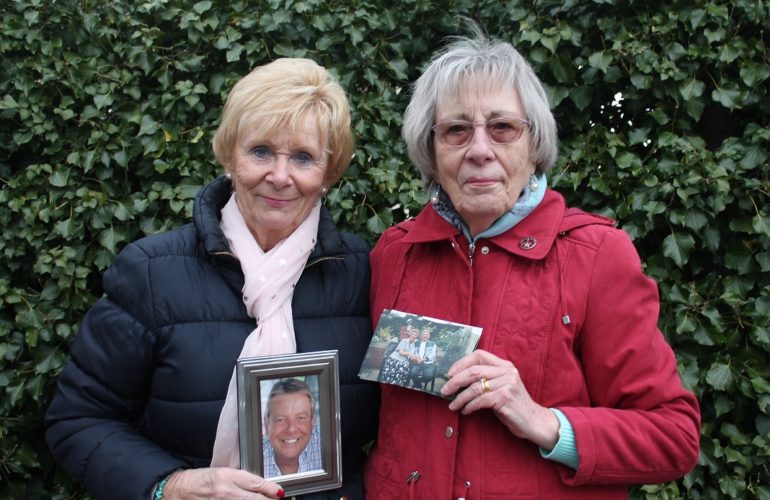 When Mo Smith and Joyce Benge lost their husbands to cancer in 2009, they found much-needed help and guidance from a Havens Hospices support group for carers called ‘Travelling On’. They also developed a friendship that lasts to this day. Here they share their story.

Mo’s husband Ray was diagnosed with mesothelioma in 2008. They were told he had six to 14-months to live, and during that time he was cared for at the Day Hospice at Fair Havens before being admitted to Fair Havens In-Patient Unit.

Joyce’s husband, also called Ray, had been ill with Chronic Obstructive Pulmonary Disease (COPD) for ten years when he was diagnosed with lung cancer. Because of his existing illness he was too unwell for treatment and could only have palliative care.

“I cried for three-months after that diagnosis,” says Joyce. “It was such a horrendous shock. He was expecting to get that diagnosis at some stage but it hadn’t even crossed my mind and it knocked me sideways.”

Both men died at Fair Havens Hospice, and although Mo and Joyce had met briefly in the past, they didn’t know each other well. They were told about the support group for bereaved carers by Fair Havens Care Team following their husbands’ deaths.

“We started going in September 2009 and went for two years – that’s where we all met and we are still friends,” says Mo. “We found that what we were thinking, however silly we thought it was, someone else was thinking it too, which helped you along the way.”

“I think we were all a little bit frightened and didn’t know what to expect,” she continues. “They just said, ‘say your name and what your circumstances are’, and we all opened up. We’d tell the story and people would say, ‘that’s what I’m thinking’, or ‘I’m going through that’.”

A friend of Joyce accompanied her to the first meeting, and it helped her take that first step. “I went with a friend who had lost her husband a few years before, and that was kind of her. I felt comfortable in that environment because you were getting good vibes from people.”

Having been helped by the support group, they would both encourage anyone else who has lost a loved one to take that first step and get involved.

“I am so in favour of any sort of support group,” says Joyce. “The hospice was wonderful in my situation.”

“If we ever meet anyone who has lost their partner,” adds Mo, “we always say there is a support group you can go to and it comes highly recommended.”

Thanks in part to the group, they have both rebuilt their lives. “Joyce and I have been on holiday together,” says Mo, “We see each other every couple of weeks for coffee or dinner. It’s made a lot of difference to our lives to have met such nice ladies.”