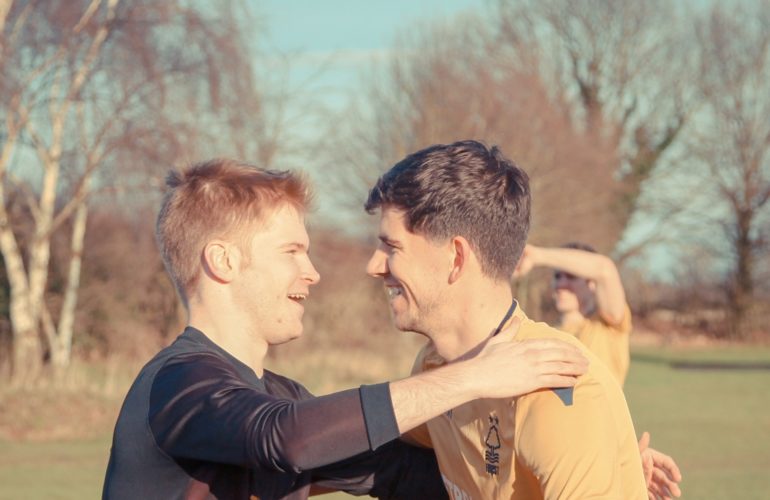 A CNN journalist who wrote an article last year about the overnight service provided by Nottinghamshire Hospice is set to run the London Marathon for Hospice UK in memory of his father.

Dominic Rech is taking part in the race in April along with his childhood friend Alex. Together they’ve raised £10,000 for the charity so far.

Dominic’s father, Phil Rech, died from cancer in 2019. He had been diagnosed with tonsil cancer in 2014, and after being in remission for three years the illness surfaced again.

Phil became seriously ill on Christmas Eve in 2018 and was taken into hospital. He eventually decided to return home to be with the rest of his family. During the three weeks he was at home he was cared for by Nottinghamshire Hospice.

“He was incredible” Dominic said of his dad. “The kindest and most inspiring man, who made me feel like I was capable of anything. He was a brilliant husband to my mum, Bridget, and a wonderful father to Hannah, Daniel and I.”

In December last year Dominic helped host a charity football match to raise funds and awareness of the work Hospice UK does. In April he will run the London Marathon in honour of his dad.

“I was totally inspired by my personal experience of what hospice services can do for people needing end-of-life care and the families around them” he says. “So much money is pumped into preventative measures when it comes to saving lives, rather than sometimes accepting that dying is a part of life – and care and love is needed for those people who have no other option.

“My dad passed away in January 2019 after a long-term cancer diagnosis and the care provided by Nottinghamshire hospice was incredible. Without the support of nurses, carers and support staff we would have found the whole situation so much worse. I mean it when I say it was vital support that made a bleak time more bearable.”

In April last year Dominic spent time on the Nottinghamshire Hospice’s night shift for an article for CNN’s global network about how end of life care is provided in the UK.

For more on Dominic’s fundraising campaign visit his JustGiving page