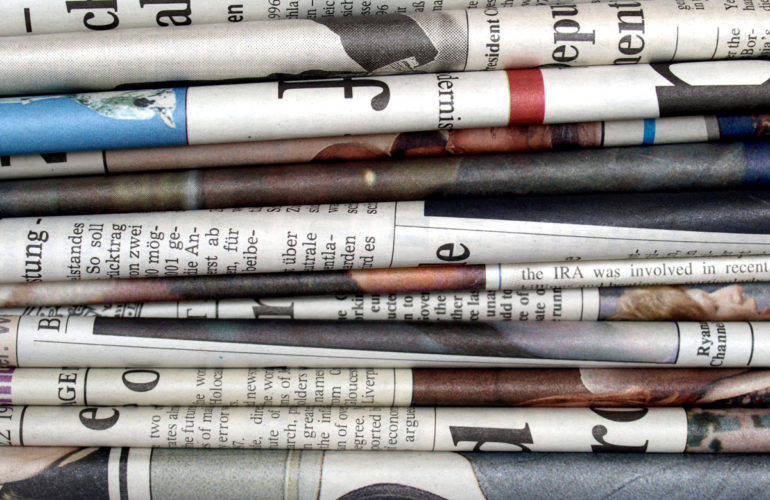 People are doing something amazing with the new £5 notes

The Mirror
Phyllis Tuckwell Hospice (and many other charities) have been asking people to donate their first new £5 note.

About My Area
Elizabeth Emms has been appointed the new honorary chairman of The Rowans Hospice, as Ian Young steps down after five years.

Louth Leader
All action stations are go at Louth Hospice with the planting of the new garden that has been donated by Caitlin McLaughlin (Young Gardener of the Year award 2016, and Gold award winner at Tatton Park RHS Show).

‘It felt like she was being taken from us.’

The Telegraph
Carey Mulligan, ambassador for Alzheimer’s Society, on her grandmother’s dementia.

End of Life Care for All e-learning (e-ELCA)

EAPC blog
Professor Christina Faull, consultant in palliative medicine at LOROS Hospice, and APM national clinical lead for e-ELCA, explains how to get the most out of this recently updated end of life care training programme.

End of life studies blog
At the Orkney International Science Festival, the Glasgow End of Life Studies Group invited people to take part in a series of discussions about spirituality, ethics and compassionate communities at the end of life.

Together for Short Lives blog
Amanda Williams, one of the nurses featured in the You Can Be That nurse film, explains why she chose a career in children’s palliative care nursing.