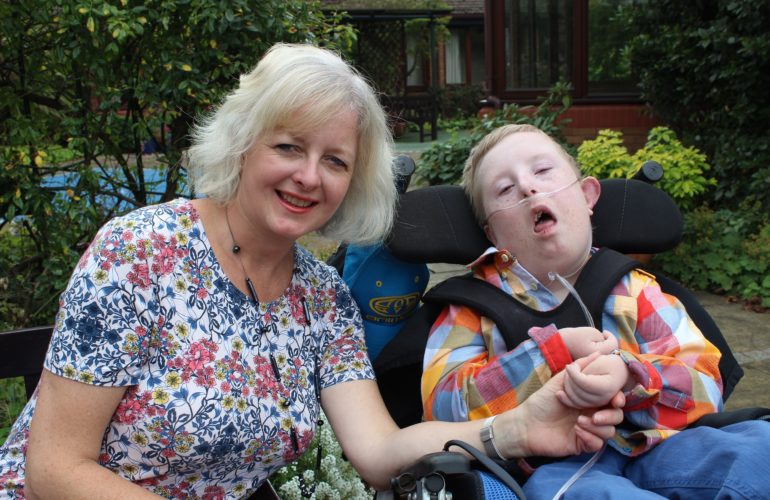 Karen Flower, Public Relations & Press Officer for Francis House Children’s Hospice in Greater Manchester, explains how one family made the decision to get help from the hospice.

In spite of their needs many families shy away from seeking help from a children’s hospice, their expectations being that it will be a sad place. Some may not feel ready to face the true nature of their child’s condition.

Stepping across the threshold seems so final. When they do come to Francis House Children’s Hospice they find a place of comfort, rest, fun and enjoyment.

Some families have spent many years struggling with their child’s condition, and often face several life-changing decisions on the best treatment for their child.

Sam Elliott was born with a hole in the heart and Down’s syndrome. He underwent heart surgery when he was eight months old. To the relief of his parents, Louise and Guy from Stockport, the operation was a success.

As Sam grew and developed he started walking, playing with toys and enjoying ice cream on family holidays. Two years later he underwent a procedure to measure the pressure in his heart. On administration of the anaesthetic he had a cardiac arrest, and suffered permanent brain damage. Louise explains:

“He will never be able to walk and he cannot eat properly, whereas before he was eating properly.”

Sam stayed in hospital for eight months. “It was quite a hard time, we did not take home the child we took in.”

Due to the serious nature of Sam’s condition the family were referred to Francis House.

“The first time we stayed was about a couple of weeks before Christmas. Obviously we were quite nervous about leaving him, it worked out really well and we have been coming back ever since.”

A slow process of recovery began, and years later the family faced further tough decisions.  For six years Sam was fed through a nasogastric (NG) tube which passes food into the stomach via the nose.

“We always knew having a percutaneous endoscopic gastrostomy (PEG) tube straight into the stomach would be better and he would put weight on. But we could never make that decision.

“Finally three years ago we decided, and he had the NG tube out and a PEG fitted. It is so much better now although it was a massive decision for us.”

Caring for someone with complex medical needs, often for twenty four hours a day can put a huge strain on families.

“Coming to Francis House really does give you that break from caring for your child. I do not think you realise it until you actually come here. You really do need that respite.

“At Francis House Sam gets all the attention he needs, he gets taken out and loves going in the jacuzzi or the sensory room, he does get thoroughly spoilt.”

“He is a really happy little boy, he loves being around people and he loves music. Considering what he has been through and has to go through, he copes with it all in his stride.”