CareCommunity Engagement Fundraisers get creative in the face of adversity - ehospice

Fundraisers get creative in the face of adversity 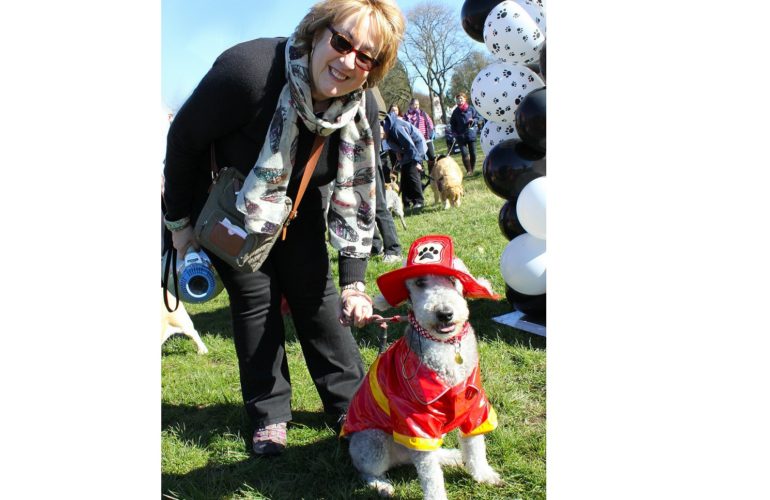 There’s no denying the fact that Covid-19 is leading to huge losses of income for hospices who’ve had to cancel fundraising events en masse. But in a remarkable show of resilience, income generation teams across the UK have been adapting to the crisis in increasingly creative ways. Here are some of the most innovative fundraisers currently taking place.

Rowans Hospice in Hampshire is hosting their first monthly quiz night tonight over Facebook Live. Free to take part, the event will have five rounds of 10 questions on sport, film, geography, general knowledge and music.

The charity is hoping that those taking part will use the new textline number 70450 to donate. Craig Willcock, Rowans Fundraising and Events Manager says: “We hope our Rowans Big Quiz this Friday will bring the community together for some much-needed light-hearted entertainment. It’s free to take part and people can play on their own, get a team together with friends, or even get far-flung family members together.

Over the Easter weekend, St David’s Hospice in North Wales will be hosting a long distance camp out, encouraging people to set up camp inside their homes or in their gardens. The hospice has put together an activity pack available for a donation of £20, which includes five days of pre-camp duties for all the family to get involved with, as well as lots of recipes, games and activities to be completed over the weekend.

This event replaces the camping and paddling trip the hospice had originally planned. The organisers are friends and hospice supporters Neil Gantly and Adam Platt from the Midlands, along with Lina Patel from Cynwyd, who decided to channel their energies online to try and engage with the wider outdoor community after the hospice’s trip was cancelled. So far more than 6,500 people have joined the event worldwide from more than 30 different countries.

Liverpool’s Woodlands Hospice has moved its annual Forget-me-not appeal to a virtual platform, so that people wanting to dedicate a flower to a loved one can do so by helping to fill a digital meadow with flowers.

“Our virtual meadow is a new and exciting option for anyone wanting to dedicate a Forget-me-not to someone special without having to leave the house” says Carole Riley, Individual Giving Manager. “Ironically, we’d planned this long before the coronavirus outbreak but now with restrictions on gatherings, we very much need to help bridge the shortfall from our cancelled events.

“We hope this option will help towards raising the £4,000 we need each day to continue our specialist, free-of-charge service for patients and their families. Of course those wanting to buy one of our beautiful handcrafted metal flowers can still do so.”

Richard Godefroy has been raising money for St Luke’s Hospice in Plymouth by performing 80s songs in his living room and broadcasting live on Facebook.

Encouraging his online audience to join in from home in 80s-themed fancy dress, Richard took requests during his live gig, as well as singing some of his favourites, including hits like the Bryan Adams classics ‘(Everything I Do), I Do it for You’ and ‘Heaven’.

Richard – who would ordinarily be performing at weddings and corporate events across the South West with his band The Swing Kings – reached an audience of 22,000 people and raised £560 in donations towards St Luke’s.

“I was only live for an hour and 45 minutes so I was astounded by the amount raised” Richard says. “It felt very emotional, knowing that even in the middle of such a worrying time for everyone, people were still giving so generously.”

St Teresa’s Hospice in Darlington may have had to postpone its annual Bark in the Park sponsored walk much to the chagrin of all local pooches, but in its wake the charity has launched Pawtraits, a virtual competition to find the region’s cutest and best dressed dogs.

For a minimum donation of £5, entrants can post a picture of their dog on their Facebook, Instagram, or Twitter accounts, using #StTsPawtraits and #IDonated. They will then be entered for judging in the competition.

Pawtraits is the latest virtual fundraising idea designed to help the hospice meet the acute shortfall in funding. Chief executive Jane Bradshaw says: “We appreciate how much dog-lovers enjoy Bark in the Park and more details will come soon about its new calendar date. In the meantime, while adhering to the strict stay at home rules, we thought a virtual competition would be a great way to raise some urgently needed funds and have a lot of fun.”

Isabel Hospice in Hertfordshire has launched ‘Hero at Home’, encouraging supporters to take on a challenge while they raise funds.

People at home can choose a challenge from the Hero at Home campaign basket, such as running or walking the equivalent of 24 miles (the distance from local landmark Hatfield House to Ben Nevis), taking 8,800 virtual steps, the equivalent of climbing Ben Nevis, or taking on a skills challenge like keepie-uppie or Sing for Isabel.

Over the Easter weekend East Cheshire Hospice will be hosting a virtual balloon race. Participants can buy a balloon for £3 to enter the race, which starts from ‘Jerusalem’ on April 12th, Easter Sunday.

As with any race, the aim is to fly the furthest, in this case in a straight line from the virtual capital of Israel. The first prize is £500 in cash, followed by an Apple iPad and 10 runner up prizes of £10 book tokens.

Havens Hospices in Essex has launched a campaign for people to ‘bare their roots’ and raise funds for the charity while hairdressers are closed.

The hospice is encouraging those who usually dye their hair to share photos or videos of their growing roots on their social media channels while nominating friends to get involved and also donate.

For those people who don’t dye their hair, they can get others to sponsor them for either growing their hair out or shaving it off. Even pets can get involved, such as dogs, now that dog grooming shops are closed.

Lydia Plews, Havens Hospices’ Senior Business Development Officer, initiated the campaign. The charity is a cause very close to her heart as her mother Mary was cared for at Fair Havens Hospice after she was diagnosed with oesophageal cancer until she died.

Lydia wants as many people to get involved as possible. “My mum was a nurse at Southend Hospital, and I know if she was here, she would still be working” Lydia says. The hospice needs more support than ever before during these tough times and I thought this would be a fun way for people to communicate with their friends whilst being stuck at home, while raising money at the same time.”