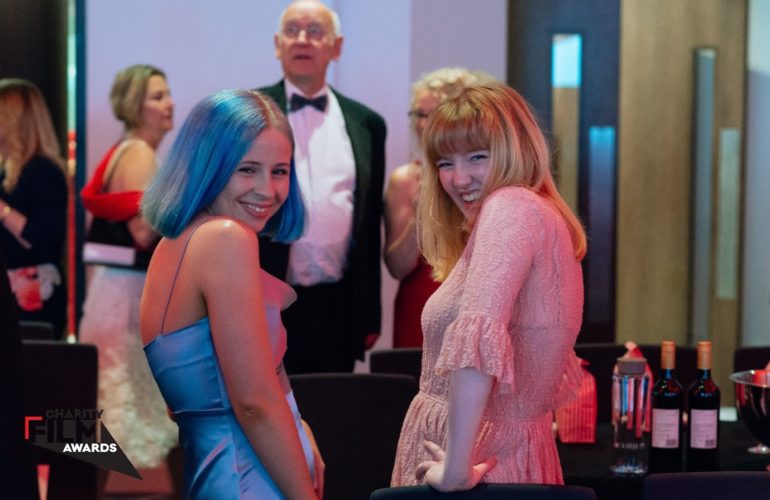 A film made by bereaved teenagers at Tynedale Hospice at Home has received the bronze award at the Charity Film Awards.

Grief as a Teenager was created by six teenagers all bereaved of a parent who had received one-to-one support from the Family Support Team at Tynedale Hospice at Home in Northumberland.

The group travelled to London with Family Support Practitioner Emma Andrews and the Hospice’s Chief Executive Office, Mike Thornicroft for the awards ceremony, which was compered by actress Sally Phillips.

Of winning the award, Emma said:

“We were up against some tough competition so to come away with a bronze is amazing! The gold in our category went to a film on the Thames narrated by David Attenborough and the overall winner was the Child Bereavement UK film Just One More Minute which featured Rio Ferdinand and Princes William and Harry. A truly wonderful film. As you can imagine we gave them a particularly massive cheer!”

“This is an amazing achievement. I am thrilled, delighted and exceptionally proud of the team and of the young people in the making of this film.

“I would like to remember in particular that this film was part of the exceptional and innovative care provided to young people in our community living with bereavement. The film was part of that care process, not created for any other purpose than to help those involved and go on helping families and young people living with bereavement in our community. The film is now regularly used by the Family Support Team in their sessions.”

From the very beginning of the creative process the group were determined to tell their stories without sugar-coating. Amelia Rust, whose father died suddenly of a heart condition while she was away in India on a school trip, said:

“We wanted to tell it how it is. I have loved being a part of this group and I am so proud of what we have achieved. I will never forget this experience.”

Mike paid tribute to the young people for their “openness, maturity and compassion to help others facing or experiencing bereavement.”

He said: “It is also a ringing endorsement of the Family Support Team at Tynedale Hospice at Home. It is a public affirmation of the quality, high standards and innovative style of our care. This film and this award in particular will enable our message to reach many, many more people.”