Hospice lottery winner reflects on the care her husband received 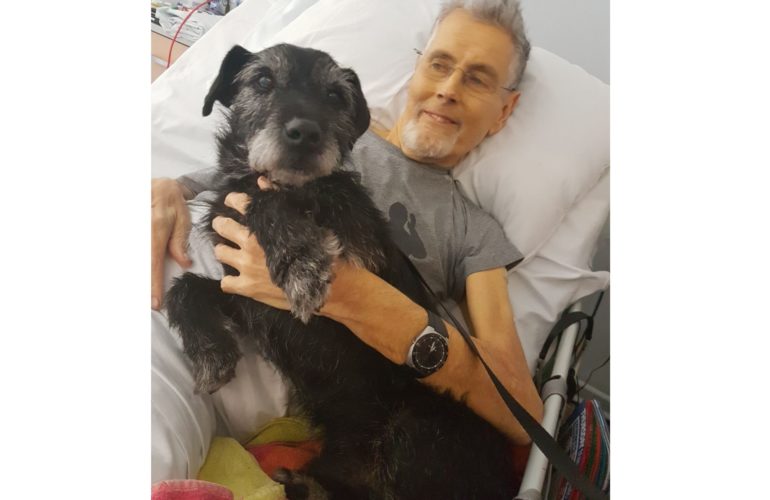 A lady who signed up to the St Barnabas Lottery whilst they were caring for her husband has now won £1,000, following his death. Here she reflects on why she chose to support the lottery and the excellent care her husband received.

Janet Wilson started supporting the St Barnabas Hospice Lottery in September 2016 when her husband, Trevor, was being cared for by the hospice after being diagnosed with prostate cancer age 56. She was astounded to hear that she had won £1,000 earlier this year.

Janet said: “I chose to support the Lottery because St Barnabas were so kind to my husband and family at a very difficult time. Trevor was such a lovely person. He was kind, caring, and a super husband and dad.

“Initially, he visited the Day Therapy Centre in Lincoln where he had relaxation sessions to help with his sleep. When he became too ill to leave the house, the St Barnabas Hospice at Home team came out to him and helped with his daily care. When he could no longer be cared for at home, Trevor was admitted to the Inpatient Unit, where he spent his last two weeks.”

Trevor sadly died, age 59, on Tuesday 30th May 2017. Janet said: “The Friday before he died was a warm and sunny day. I was with my husband at the hospice and the nurses opened the patio doors and wheeled Trevor’s bed out onto the patio. They even brought him an ice cream.

“I’m so thankful that we were able to enjoy this time together in the fresh air one last time, just like before he fell ill. We used to enjoy walking our dogs together and Trevor’s great love was fishing. St Barnabas even allowed the dogs, Arthur and Alfred, to come and visit him in the Hospice, which meant so much to him.

“The care Trevor received from St Barnabas was exemplary and the staff were always so caring and cheerful. In his final weeks, it was such a comfort that we weren’t restricted to visiting numbers and times, which meant he was often surrounded by people that cared for him and loved him.

“I was astounded when I found out I had won the Lottery after Trevor died. I joined to give something back to the people who had done so much for Trevor and the family, but it was a lovely feeling to win. I decided to split the winnings between my two children, which meant my son, Joe, was able to go on a camping holiday in the Lake District with his girlfriend, and my daughter and I had a shopping trip in Leeds.

“I will always support the Lottery and St Barnabas and would encourage more people to join me. It’s a fantastic way to donate to such a worthy cause and you never know, you might win like I did!”