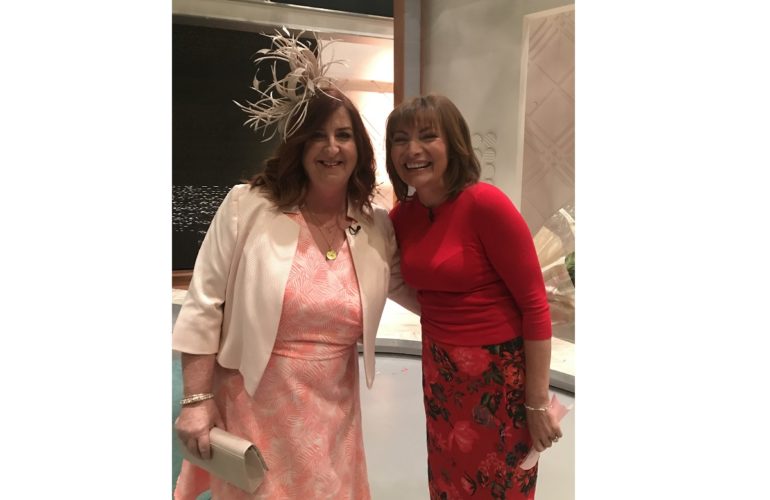 May 22, 2018 | No Comments
Categories: Community Engagement.

Nurses and volunteers at Birmingham St Mary’s created an indoor street party so that patients and their families could watch the royal wedding in style.

The hospice was decorated with bunting and flags, and the team served fizz, tea and homemade cakes during a royal tea party to ensure that people staying at the hospice could celebrate Prince Harry and Meghan Markle’s big day.

There was also a royal wedding selfie station so families could take pictures together and remember the festivities.

Nursing assistants Hayley Kerrigan and Jill Gegg organised the special afternoon, as they recognised how important it was for some to celebrate the royal nuptials.

“For many of the people staying at the hospice, celebrating royal weddings is a tradition. That is why we wanted to do something that was really special today, so that no one missed out on this happy occasion.”

Sue Marshall, training facilitator at ellenor in Kent, attended the wedding in person as she was one of 1,200 members of the public – 200 of whom work for charities –  who had been invited in recognition of their commitment to making a difference to their local communities.

On Friday, the day before the event, Sue appeared on ITV’s Lorraine show for a makeover, along with two other wedding guests who had also been invited because of their charitable work. The show’s fashion expert Mark Heyes selected a complete outfit for her to wear, from fascinator to heels.

Following the wedding St Joseph’s Hospice in Hackney were among the lucky recipients of the flowers that had adorned St George’s Chapel as the couple were married. White roses, peonies and foxgloves were tied into bouquets for each patient and placed in the hospice chapel.

Additionally, Bolton Hospice and St Oswald’s Hospice and St Barnabas were among the charities that encouraged supporters to host their own events commemorating the wedding to raise funds.