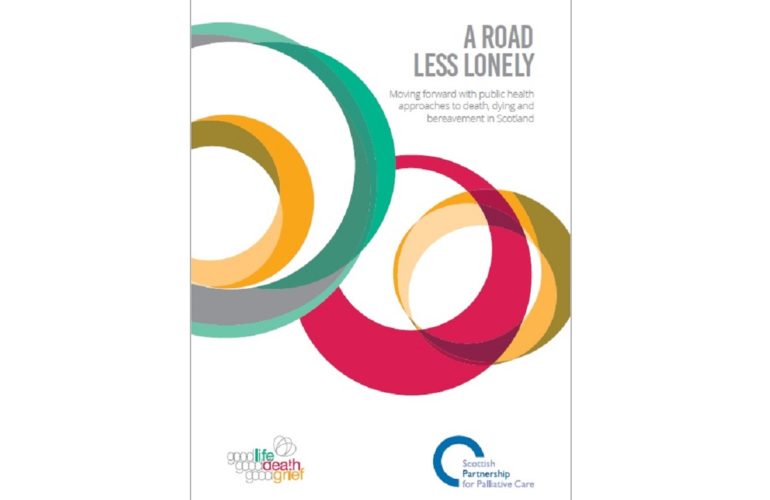 May 16, 2018 | No Comments
Categories: Community Engagement.

The Scottish Partnership for Palliative Care and Good Life, Good Death, Good Grief have published a new report looking at how to encourage more supportive attitudes and behaviours relating to death, dying and bereavement in Scotland.

A Road Less Lonely also suggests a range of steps that could be taken to move forward this area of work, illustrating that relevant action can be taken by a range of different types of organisations, across a variety of domains.

A full copy of the report can be downloaded here: A Road Less Lonely