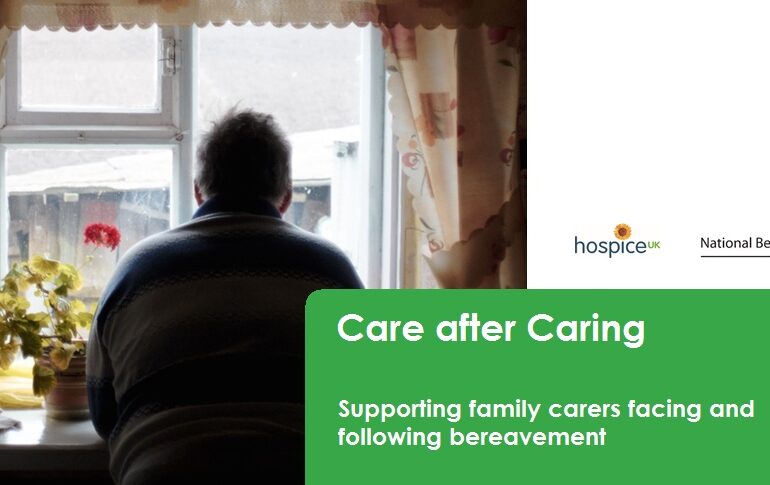 A new report launches today containing examples of good practice for carers who are facing bereavement. It has been produced by the National Bereavement Alliance and Hospice UK, commissioned by NHS England’s Commitment to Carers programme.

The report aims to share ideas to improve outcomes for bereaved carers. Some of these that can be put in place before the death, to improve outcomes in bereavement. Others are ways of improving support after the death to make it more sensitive to the lasting impact of caring.

Published to coincide with Carers Week 2019, the report draws on research, policy and findings from consultations with former carers and those supporting them, to lay out a series of six aspirations for local areas and services to get the right support in place at the right time.

Around 6.8 million people in the UK are carers, and this number is increasing. In England alone over 500,000 carers face the death of the person they are caring for each year.

They have been described as ‘ex-carers’ or ‘former carers’, but despite the catch-all terms their experiences vary hugely in terms of the caring responsibilities that lead up to the death, the cause of death, and the bereavement afterwards.