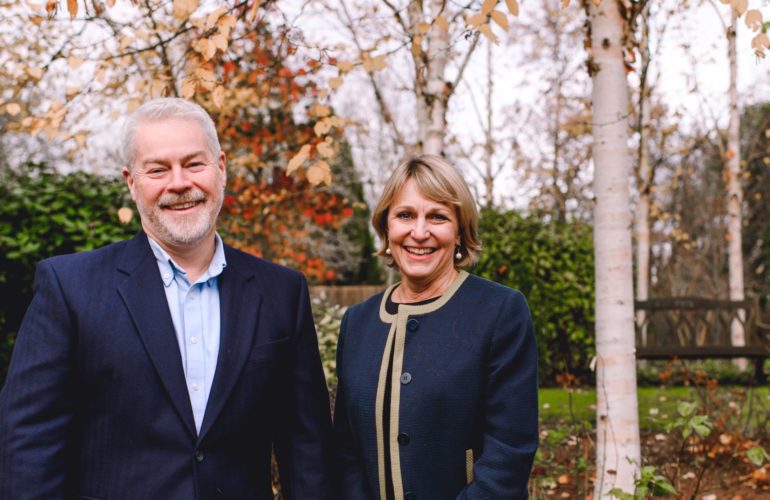 After seven years leading St Christopher’s, the world’s first modern hospice, Heather Richardson and Shaun O’Leary have resigned from their post as Joint Chief Executives and will be leaving in December 2021.

“It is never an easy decision to make, when deciding to leave a charity in whose cause you strongly support and believe, and where you have enjoyed seven years of a rich and varied role. That said, both of us are of the view that there is a limit to the time during which you remain an effective Chief Executive. We think it is important to recognise that moment when it emerges and we believe the time is now right for us to move on from this role, and for another person to hold the reins for the next phase of St Christopher’s development.”

“We wanted to take this opportunity to thank everyone involved with St Christopher’s and the wider sector for making the last seven years so rich, joyful and exciting for us both. There have certainly been some career highlights: the creation of St Christopher’s CARE our new state of the art education centre and the reshaping of our community services to foster greater community action to name just two. However, now the time is right for us to move on from this role although, of course, we will always remain involved with St Christopher’s and be two of the hospice’s biggest advocates.”

Neil Goulden, St Christopher’s Chair, will be leading on the recruitment for the new Chief Executive. This process will start shortly however with Heather and Shaun remaining in post until December 2021 to ensure continuity for the organisation.

“I would like to take this opportunity, on behalf of the board, to thank Shaun and Heather for seven years of service to St Christopher’s as Joint Chief Executives. During this time, they have had many significant achievements from developing our impressive new education facility known as St Christopher’s CARE to leading the hospice through a global pandemic. We are grateful for their commitment and ongoing support of the hospice. Now our focus is on finding the right candidate to lead St Christopher’s into our next phase of development and we look forward to making an announcement once recruitment is complete.”