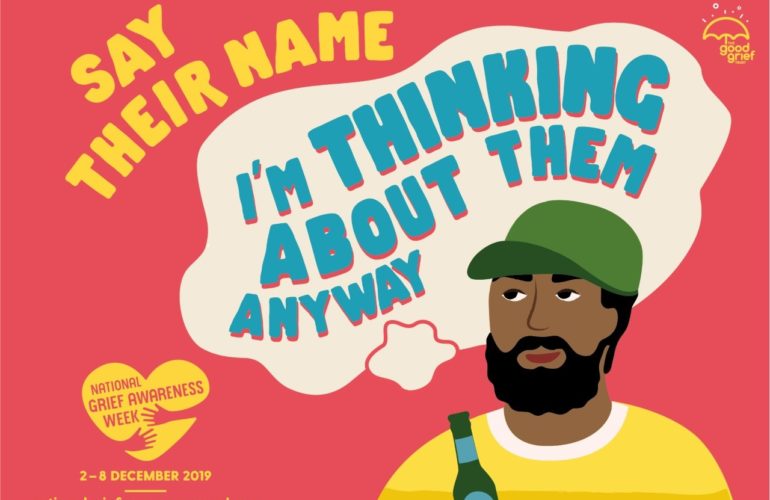 Today (December 2) marks the first day of the UK’s first National Grief Awareness Week. Spearheaded by The Good Grief Trust, the aim of the week is to normalise grief and encourage people to talk about this difficult subject.

The Good Grief Trust is the umbrella charity that aims to bring all UK bereavement services together, with the vision of offering a toolkit of support for anyone who is bereaved, from day one.

The Trust states that the impact of grief can be devastating and can last a lifetime, and say that current figures for the UK are:

One of the organisations supporting National Grief Awareness Week is St Barnabas Hospice in Lincolnshire. Tracy Tuffs, their bereavement counselling service team lead, said: “Grief comes in many forms, and no two people’s grief is ever the same. There isn’t a time limit on grieving and we recognise that our support must be tailored to each individual. This is why we have options for people to attend one-to-one counselling, bereavement groups, supportive listening sessions and even follow-on friendship groups for those who have moved past the early stages of grief.”

Former Grange Hill actress, Linda Magistris, founded The Good Grief Trust in 2016 following the death of her partner. She said:

“Every year an average of 530,000 people die in the UK, with many more family, friends and colleagues left to grieve, often alone. We will all be affected by a bereavement sometime in our lives, yet we still find it hard to talk about our grief.”