Community Engagement Why I volunteer: "Because the other side of giving is that of receiving" - ehospice

Why I volunteer: “Because the other side of giving is that of receiving” 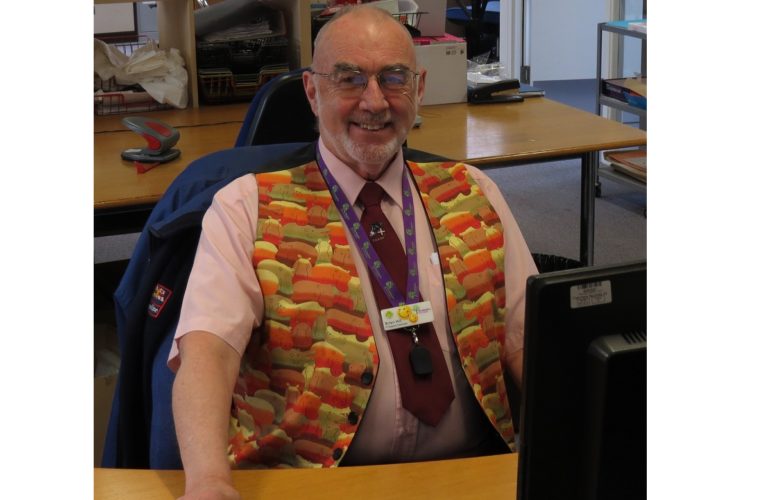 My volunteering story began the same way as many others do – with a personal bereavement, the only difference being that before bereavement, my story was our story.

My introduction to hospice care began with my partner’s terminal decline from cancer. Up until then, like many others, I knew little about hospices.

Linda was barely 60 and just months into a long-awaited retirement in March 2010 when investigations following a persistent cough showed that she had an inoperable tumour of the lungs. It came as a terrible shock to us both and the impact of such a diagnosis can leave you facing what appears to be a blank wall with no way ahead.

Having already established a good patient relationship with The Hospice of St Francis and its community nursing team, who had helped Linda with her symptom control, the move to more specialised care in a hospice bed was welcomed and it moved smoothly into a gentle regime of meticulous attention to detail, reassurance, encouragement and comfort, coupled with the blessing of unrestricted quality time together.

The care we received can only be described as inspiring. Nothing was too much trouble. At Christmas, the full Christmas dinner arrived, with crackers and all the trimmings, and we ate it together. It is a lovely positive memory.

After Linda died, the hospice supported me through weekly bereavement counselling and invited me to join its six-week Cooking with Chris course, which brings together the recently bereaved to develop kitchen skills and learn new recipes.

My recipe repertoire certainly got a boost, but more than that, I was back socialising with people, sitting around a table with others who understood what I was going through.

Being retired and having experienced first-hand this level of care and dedication not only of the clinical staff but of the supportive care team as well, I wanted to give something in return.

So eventually, when the time was right, in February 2014, I offered my services as a volunteer.  I was happy to work anywhere apart from the garden and as an ex-engineer, I soon found myself involved in IT – a very round peg in a very round hole!

Over the past three years, I have helped several departments with their IT needs. I have worked on a local client/patient database; I have given temporary help with electronic records for the various hospice shops and I have assisted the facilities department to maintain and update hospice records and building plans as various improvement works take place.

The ability to touch on various departments and their teams really does add variety and quality to the volunteering work that I am engaged in.

Recently I was asked whether I would help the hospice’s supportive care team with their administration needs. To me, this showed that I had come full circle – I was now in a position to help the very team that initially helped me and my family, and that remains very special to me.

For me, after the difficulties of the past few years, working with the teams at the hospice as a volunteer was like balm to the soul, and the realisation that I could also be part of the package of holistic care offered to patients and their families was a revelation.

Volunteering can be defined as giving, but there is also another side – that of receiving. Every week I pop on a cheerful, fancy waistcoat and look forward to the time I have committed to spend at the hospice and I feel extremely useful doing whatever I am tasked with.

Every week I leave the hospice with a quiet acknowledgement of what they have given me during that time: the pleasure of their daily greetings, their interest in me as a person, the warmth and temporary companionship of being a valued member in a special team of people.

I was, and I remain overwhelmed by the way the hospice’s care surrounds, enfolds and supports patients and their wider families.

My story continues… with purpose and a renewed sense of hope.