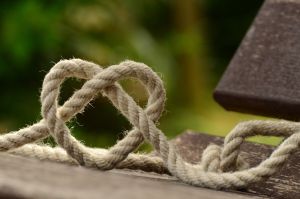 March 3, 2020 | No Comments
Categories: Opinion.
Tags: My Hospice and MyHospice.

What My Hospice means is different to each individual and family. For Honey, it means family because, “at the end of the day, there is nothing more important than family.”

Honey Goodman is the Administrator and Chief Operating Officer of Treasure Valley Hospice in Idaho and a Hospice Action Network board member. Honey writes that she fell in love with hospice because it is the only segment of health care that truly focuses on the family.

I have a million favorite hospice stories, but I would love to share a story that clearly demonstrates the power of hospice within a family unit.

Treasure Valley Hospice received a referral for a gentleman that needed hospice care.  When our nurse and social worker were dispatched to the gentleman’s home, the address led them to a hotel.  Hospice professionals treat patients wherever they call home, so it is not an issue to provide medical services in a hotel.  Hospice provides care in a holistic manner. So, our team interviewed the gentleman to determine what had led him to the situation in which he was residing in a hotel.

Our patient had a diagnosis of cancer.  Over the course of the next month his pain and anxiety began to increase.  It felt “uncontrolled” to him at times.  Our team began to increase his pain and anxiety medication in attempt to manage his symptoms.  However, it was clear that these symptoms would not be relieved until he worked through some of the emotional trauma that he had been carrying for so many years.

This is where the power of hospice comes into play.  Over that month, our nurses worked with the patient to help him understand that emotional pain often manifests as physical pain.  And, that until he asked for forgiveness, his pain may never be controlled with pain medications. The nurses let him know that without releasing some of the trauma he was carrying, the likelihood of him suffering from terminal agitation would increase.

Our social workers had been in contact with his family to inform them of his decline. They had numerous conversations with his daughter over that month.  Our education centered around the power of regret and the power of forgiveness.  Without forgiveness in this situation, her father would likely face terminal agitation until he died, and there was a high likelihood that she would struggle with regret after the death of her father.

I am happy to report that this gentleman and his daughter had a “fairy tale ending.”  Prior to his death, he moved from the hotel to his daughter’s home.  His pain medications were decreased, and he was able to interact with his daughter.  There was forgiveness.  Father and daughter were able to say I love you to each other.  And he took his last breath with his daughter at his side.