The Elisabeth Kübler-Ross Archive has found a home at Stanford 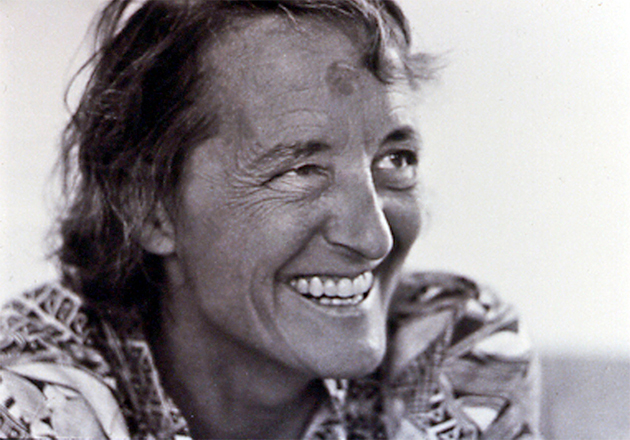 The archive of Elisabeth Kübler-Ross, the late hospice and palliative care pioneer, psychiatrist and author of some two dozen books, including the 1969 On Death & Dying, has been accepted by the Stanford Libraries’ Department of Special Collections. Kübler-Ross is best known for having developed the groundbreaking Five Stages of Grief theory.

“The gift of this collection is a great example of how closely our curators and faculty partner together to directly impact the current and future research and teaching efforts across campus,” said Matt Marostica, associate university librarian for public service and collection development. “The Kübler-Ross Archive is a wonderful addition to our Special Collections and offers tremendous opportunity for interdisciplinary investigation and exploration across law, medicine and sociology, to name only a few.”

Faculty at the Stanford School of Medicine were among those who recommended the acquisition to Stanford Libraries, including David Magnus, director of the Stanford Center for Biomedical Ethics and co-chair of the Ethics Committee for the Stanford Hospital. Magnus was among faculty members who visited the archive in Arizona.

Magnus has identified unpublished lectures and essays written by Kübler-Ross in the late 1970s and early 1980s that he proposes to edit for publication. Among the many documents in the archive, he highlighted a trove of thousands of letters from dozens of countries reflecting her widespread influence around the world.

Maren Monsen, director of the Program in Bioethics and Film at the Stanford Center for Biomedical Ethics, plans to make use of video components of the Kübler-Ross Archive in documentary films. After the video content is transferred to a high-quality digital format, she intends to create educational videos for distribution to multidisciplinary trainees in the health professions.

Ken Ross, president of the Elisabeth Kübler-Ross Foundation, and Barbara Rothweiler selected Stanford Libraries as recipient of their late mother’s archive after meetings in Phoenix with faculty and with Benjamin Stone, curator for American and British history.

Like most modern archives, the collection runs the gamut from manuscript and printed materials to correspondence, photographs, video and audio recordings. Most important, it contains archived, not-yet-made-public work by the pioneering thinker and practitioner in the palliative care movement.

The earliest item in the archive is a family scrapbook from the 1930s depicting Kübler-Ross’ childhood in Switzerland. The bulk of the archive derives from the 1980s-2000s, a period in which her ideas gained greater traction. Of special note are complete runs of newsletters from the Shanti Nilaya Healing Center that she founded in Escondido, California, as well as manuscript drafts of her memoir, The Wheel of Life.