Care When the time comes, could you let go and die? - ehospice

When the time comes, could you let go and die? 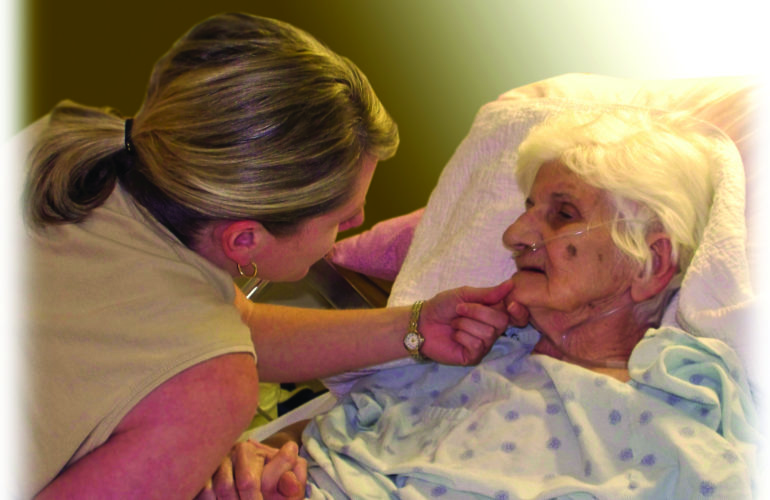 Consider the elderly lady who voiced an emphatic “No!” to her oncologist’s suggestion that another course of chemotherapy might prolong her life. “I’ve had enough life,” she said. Then, with a sly grin, she added, “Do you know why coffins are nailed shut? To keep the oncologists out!” Her good-humored doctor took no offense. Like many conscientious medical professionals, he hated to admit failure, to give up on his patient if there was the slightest chance to prolong life. Nevertheless, he accepted her decision, referred her to hospice, and remained her doctor.

“Of all the hospice patients I’ve seen, Anthony was the deadest,” Divina, Anthony’s nurse, told me. “His hands and feet were cold, his skin was blue, and he was hardly breathing.” With her unfailing intuition, Divina sensed that this man was holding onto life for some reason.

Although Anthony’s brood of children loved their father dearly, they were eager to release him and to see his suffering end.
“Is there anyone else he might be waiting to see?” Divina asked the children.

“No, we’re all here,” responded Flora, the eldest child and family spokesperson.

“Well, then, have you released him to go?”

“Tell me more about your mother and father. How did they meet? What kind of people were they?” Divina asked.

The children chimed in to tell their parents’ story. Anthony had been a seminarian and was soon to become a priest when he met Rosie. He fell in love with her, left the seminary to marry his Lutheran bride, and never again entered the Catholic church. Divina knew she was on to something.

“Has a priest visited him yet?” she asked.

A priest? The children looked puzzled. They were all Lutherans; why would a Catholic priest come to their home?

It seemed possible that Anthony was carrying feelings of guilt or fear of punishment for deciding not to become a priest and leaving the seminary and his church. Divina called a friend, a local priest, and hastily explained the circumstances. Acting more like the pope than a hospice nurse, she barked her instructions: “This man thinks he’ll go to hell for leaving the priesthood and marrying Rosie. He’s afraid to die. You must help him. Bring lots of oil, Father; anoint him on his hands and feet, forehead, lips, and any other place you can think of.”

“Any other orders, Your Holiness?” The priest chuckled.

“Yes. Tell Anthony he’s been forgiven and Jesus is waiting to embrace him.”

The priest did as instructed. Reconciled and reassured, Anthony took his last breath that evening.

For those who need emotional healing and peace of mind to die well, forgiveness and reconciliation bring balm to the soul: they allow us to finish old business and let go. Hospice offers countless stories of alienated people coming together again at the end of life: a long separated sibling flies across the country to reconnect with a dying brother; an estranged child comes home to take care of a failing parent.

Even when such reunions occur, they aren’t always successful. Some grievance collectors die with resentments intact; some visitors carry their list of offenses back home again, still convinced that they were right and have been wronged. I have sometimes asked, “Would you rather be right or happy?”

Letting go is available to anyone, any day. Now is the best time to heal old wounds. Because so many patients delay entering hospice until days or even hours before death, some already unresponsive, there may not be time later.

If a loved one is experiencing difficulty letting go at the end of life, try to convey messages that will help bring a sense of closure: “It’s all right to go. Your work is finished. We will miss you. We will take care of each other. We will be together again. We will always love you.” These small but significant words can go far in releasing a loved one to die a peaceful death.

This article was originally published by The Huffington Post and is republished with permission of Susan R. Dolan.