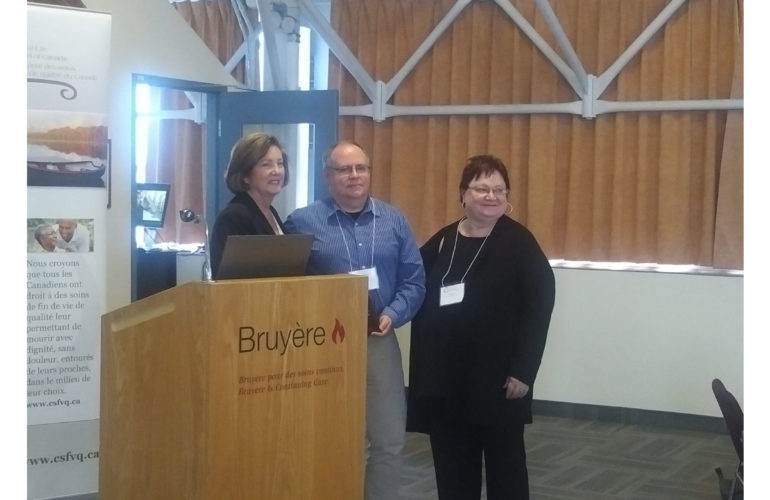 The award is granted by the Quality End of Life Care Coalition of Canada (QELCCC) in recognition for outstanding advocacy in palliative care. The award is testament to the high regard in which he is held by the national palliative care community.

Dr. Kathryn Downer, National Director for Pallium Canada, spoke eloquently about Dr. Henderson’s work to improve palliative care in Canada, his humility, and his ever-present sense of humour. He responded by saying “awards like this go to people who work with great teams who deserve it just as much”.

The award was presented by Dr. Downer and by Sharon Baxter, Executive Director of the Canadian Hospice Palliative Care Association.