Care Celebrating Another Milestone: The 10th Anniversary of the Butterfly Home - ehospice

Celebrating Another Milestone: The 10th Anniversary of the Butterfly Home 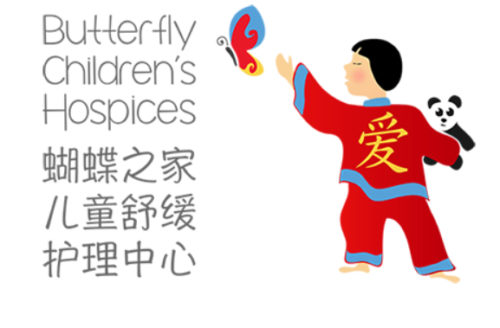 In these strange and uncertain times, the celebration of events becomes even more important. Remembering the journey and the scenery along the way encourages and reminds us of the light at the end of our tunnel – bringing hope and the satisfaction of having persevered through.

Although we are celebrating the 10th anniversary of the Butterfly Home opening, that opening was in itself a milestone, a beginning of a new phase of the journey which began years earlier, kick started by the hopeless situations my husband, Alan, and I saw daily in our early days of working in China. 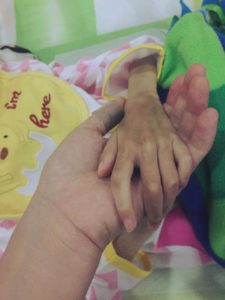 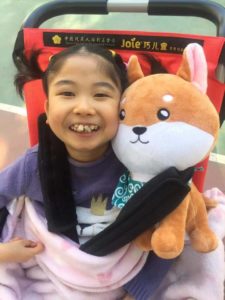 We dreamed of what it would be like if all these life-limited children did not suffer and die alone, that their families would have the support they needed to care for their children and to be cared for themselves in their bereavement. We believed this should be made possible and that the development of palliative care services was crucial to achieving this vision.

There were huge challenges to starting a children’s palliative care service in a country where there was no concept of palliative care. There were many superstitions around ill health and dying, the health care system was fragmented, inaccessible to many and with poorly trained medical and nursing professionals, a lack of medicines and all the challenges of an ageing population.

In a country focussed on rebuilding infrastructure, caring for life-limited children was not on the government’s radar let alone on anybody’s priority list. However, China has developed rapidly in every aspect in the last 10 years and so the landscape we see in 2020 is very different from that of 2010. During those 10 years we sowed the seeds of paediatric palliative care (PPC) and the seedlings of those care services are now evident and growing, developing different models for different settings.

The Butterfly Home was set up in 2010 in a government run orphanage in Changsha (Hunan Province). The officials took a risk accepting our proposal to care for their dying children – foreigners who might make adverse publicity regarding the still very sensitive situation in orphanages caused by the 1995 documentary ‘the Dying Rooms’. We knew as foreigners that we did not have the skills or credibility to work with Chinese families and that the majority of children needing palliative care at that time were in orphanages. So the Butterfly Home would serve as a place of care, a place where people could see the concept in practice and where we could earn our credibility with the Chinese government.

It is good to look back and understand the elements of the strategy that made a difference and very gratifying to be able to share that learning to assist other pioneers in other low and middle income countries. Being part of ICPCN has undoubtedly made a difference by linking me with others and making information, education and advice more accessible.

We have encountered many mountain paths and rocky, rather desolate places where it was hard to find a way through, many of these occasions marked by tears as we said goodbye to so many little ones in the early days, often with no money to pay the staff and trying to live in a land where we were essentially aliens – in a state of perpetual confusion!

It is impossible to remember and detail all our wonderful fellow travellers we have met along the way in so many guises – volunteers from every corner of the globe. Hands on working alongside us in orphanages, caring, playing, nursing, painting, renovating. And remotely by advising on diagnosis, medical and nursing care, doing admin, fundraising, publicity; by donating, praying, creating and publicising – not to mention the wonderful friends and family who became trustees in the early days, those who visited, emailed, sent letters and gifts and wholeheartedly supported the dream.

Some of those people and moments are recalled in two short videos produced by another wonderful volunteer: (click here and here to watch them both)

The next stage of our journey

We have recently appointed a new CEO  to take BCH on into its new phase of implementing PPC in China with our 3 key initiatives outlined in our strategy:

Now, as the Chair of BCH, I am looking forward to celebrating the next 10 years of BCH in China and watch the dream become a reality for ALL children and their families in need of the care and support PPC services can provide.