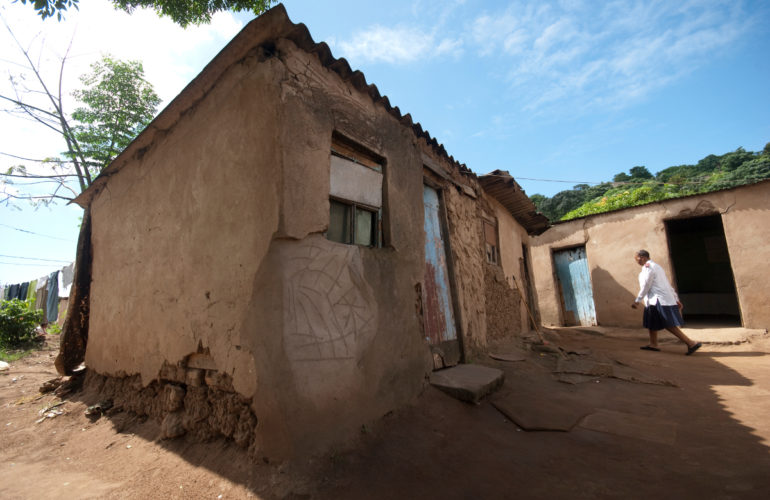 The challenges faced by seriously ill patients and their families often have a legal dimension. In South Africa, as in other countries, many people have little access to information about the law and legal processes.

Awareness of legal issues in psychosocial care, and better integration of legal and palliative care services empower patients and families through information and networks of support.

These and other issues cause worry for patients and their families. Legal information and legal assistance can help to relieve these concerns and contribute to increased wellbeing.

HPCA conducts training based on their hospice law manual: ‘Legal aspects of palliative care 2012’ with training progressing regionally across the country.

The interdisciplinary training aims to:

Participants also explore alternative community responses. This learning approach is credited to Desia Colgan, Lecturer in Law, Family Law and Law of Succession at Wits University, who suggests that people do not hand over their power to lawyers to solve problems that they themselves should solve. Her belief is that, with a little information, people can and should feel confident to solve many of their own problems. In unpacking case studies, learners realise the legal solution is not always the best one.

Initial reports from learners show that, following the training, they feel more confident to speak up for the rights of their clients, both adults and children. Hospice staff report being able to identify legal problems which are then addressed through providing information to patients and families or where this is not possible, through referral for further legal assistance.

Learners are encouraged to develop networks with local or national legal organisations which may take referrals from hospice. So Legal Aid organisations are identified as resources for advice and further assistance. Learners report that they also photocopy pages from ‘Legal aspects of palliative care’ and use these as leaflets to guide patients on how to draw up documents such as a will or an advance directive.

One of the social workers attending the workshops reports that she referred a case involving children to Legal Aid. The children’s parents had both died and there was a family dispute over the low cost housing unit (termed an RDP house) they lived in. Through the training the hospice social worker identified that, as living descendants of their parents, the children were entitled to the house. She referred the family to Legal Aid (with the family’s consent) to resolve the dispute and establish ownership. In addition to this, the social worker referred the family to Child Welfare to arrange a formal, legal fostering relationship between the children and their aunt, to provide a grant from government to assist with their care.

The question now is whether Legal Aid will be able to persuade the aunt to become the children’s guardian (she is already their fosterparent). Because Child Welfare is assisting the aunt to claim the grant for their care, Child Welfare may be in a position to persuade the aunt to take the guardian role. A further step may ultimately be required, which is for the High Court to appoint a curator bonis (effectively a financial guardian for the children, with the guardian likely to be selected from attorneys registered with the Law Society of South Africa). There is an advantage in the aunt fulfilling this role rather than a court-appointed person. Once a guardian is appointed, if the paperwork can be provided, the estate will be finalised and the RDP home transferred in ownership to the children. The Centre for Child Law at the University of Pretoria have taken an interest in the progress of this case.

This case demonstrates that – with training – social workers begin to see legal organisations as a source of assistance. However, social workers also learn that legal problems, once recognised, are not necessarily easily solved. In this case, the social worker may have received the referral once the parents passed away. A more straightforward outcome might have been possible if the parents on first contact with the hospice, had met with family (or even as soon as they fell ill) to discuss the future, their wishes for who they would like to take care of their children, their RDP house and who should inherit this, and who should be the executor of their estate. These important decisions could be recorded in a will.

People facing the end of a long illness need to have this information shared with them clearly, at an early stage of contact, to allow them time to think and act in their own best interests.

Legal education for social workers is useful and referrals into a complex legal system should not deter social workers from assisting patients and families with their legal difficulties. Documenting their cases accurately – tracking progress of cases through the legal system – provides evidence for reform of the system to better meet the needs of society. HPCA is exploring opportunities to expand the reach of this work through further trainings and sharing this material with wider groups of community and local government trainers. In this way, the impact of this work will continue to grow.

Find out more about the work of HPCA on their website.