People & Places You can rewrite your story - ehospice

You can rewrite your story 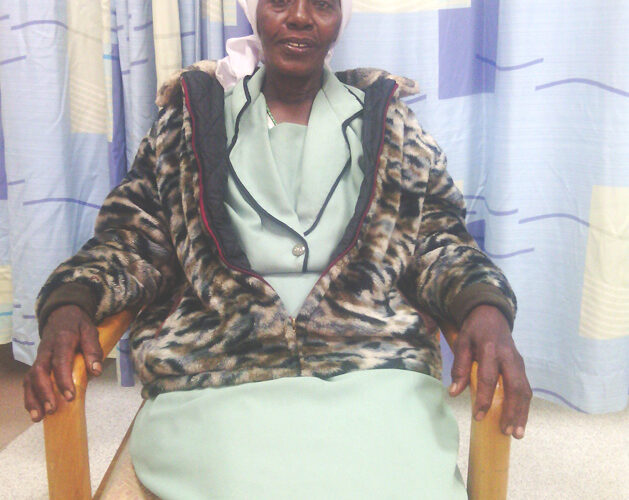 When Hannah Waithera lost her husband to cancer 8 years ago, she never thought the same ‘tragedy’ would befall her. The mother of 5 children did not see herself fighting cancer as well but as she narrates her story, she has had one of her breasts removed because of cancer. “Two years ago while taking a shower, I noticed a lump in my right breast but it did not bother me that much. I continued to observe it until it grew to almost the size of a medium potato.” She adds that she started experiencing sharp pains and this sprang her into action. Her church had organized a free medical camp just around the time she was planning to go to the hospital and she was seen by clinicians and referred to Naivasha Hospital because the results did not appear promising.

She had her blood pressure taken a couple of times, chest inspection carried out and the lump on her breast inspected. “The doctor advised me to go for surgery and prescribed medications for my high blood pressure. I did not have any money nor National Hospital Insurance Fund (NHIF) card; I decided to pay for NHIF card and wait for it to mature then went in for the surgery, they did a biopsy and then I took it to Aga khan for testing. After the results they told me they had to remove the whole of my breast since the cancer had spread.” Her world literally came down on her. Everything she had not hoped for is what she now faced; an incurable disease and no money to treat the condition. Somehow though, the NHIF card helped her go through biopsy where she took the results to Aga Khan Hospital for testing. She was told that the disease had spread and therefore the whole breast had to be removed. “After the surgery, I was referred to Kenyatta National Hospital (KNH) for follow up. I could only go for two weeks because after which I ran out of money.”

At this point, hope started to slowly fade away and she gave up on life. She even decided to share the family piece of land amongst her sons and waited for when she would succumb to the disease. Deep down though, she left everything to God and only a miracle could save her. It did. “3 months after I left KNH, my son called me and told me that someone had volunteered to facilitate my treatment,” says Hannah. American Cancer Society (ACS) through Kenya Hospices and Palliative Care Association (KEHPCA) aided her treatment and now she has completed all the 30 radiotherapy sessions without major problems. She has even had a breast replacement and she can live again to tell this inspiring story. She is grateful for the support she has received and she can only hope her story can help someone overcome whatever ordeal they are going through, however tough it may be. “I leave you with a verse in Habakkuk 3:18…yet I will rejoice in the lord, I will be joyful in God my savior,” She concludes.