Death comes to the Edinburgh Fringe 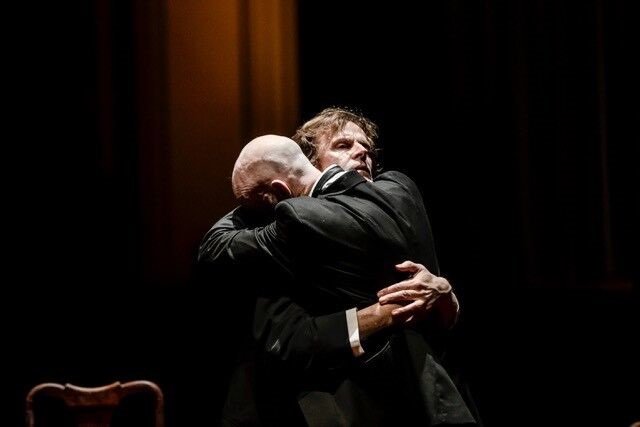 Death on the Fringe, the mini-festival at the Edinburgh Fringe that aims to get people talking about death, launches at the end of this month for its sixth year.

The mini-festival draws together shows and lectures within the Fringe that deal with the big issues of death, dying and bereavement. It is curated by Good Life Good Death Good Grief, an alliance of organisations and individuals working to make Scotland more open and supportive around death.

“There’s no shortage of issues being talked about at the Fringe,” says director Robert Peacock. “But death is one we all have to experience.”

“We wanted to present people with thought-provoking, moving or sometimes even amusing ways to look at the topic. Our hope is that people will engage and maybe start a conversation with friends and family about their own feelings, fears and plans for the end of life. It’s not a pleasant thing to discuss but it’s easier to face if you’ve taken some time out to think about it.”

The Death on the Fringe programme offers a range of perspectives on the subject – some heartbreaking, some comical, some profound, some perverse. This year’s programme includes ex-River City star Gary Lamont’s show Fancy A Stiff One? in which he talks about his new sideline as a funeral celebrant, and acclaimed duo Ridiculusmus whose Die! Die! Die! Old People Die! is a farce about ageing, dying and grieving.

There are other personal tales too. Some Things Are Meant To Be, Anna is the true story of Gretel Brice’s journey through cancer, put together as a legacy to her family. And Love, Loss and Cake is the Fringe debut by two gentlemen of a certain age calling themselves The Swells, who are singing jazz tributes to their late wives.

The programme also includes three public lectures run in partnership with Just Festival They start on 5 August with acclaimed author, Dr Kathryn Mannix, who will be looking at how deaths on screen influence our own thoughts on mortality. On 12 August, mortuary technician Barbara Peters will explain what happens in a forensic post mortem. Finally, on 19 August, psychologist Dr Elaine Kasket will introduce some of the learnings from her book All the Ghosts in the Machine: Illusions of Immortality in the Digital Age.