CareResearch What do we tell the children? Development of guidelines for communication with children about illness and death - ehospice

What do we tell the children? Development of guidelines for communication with children about illness and death 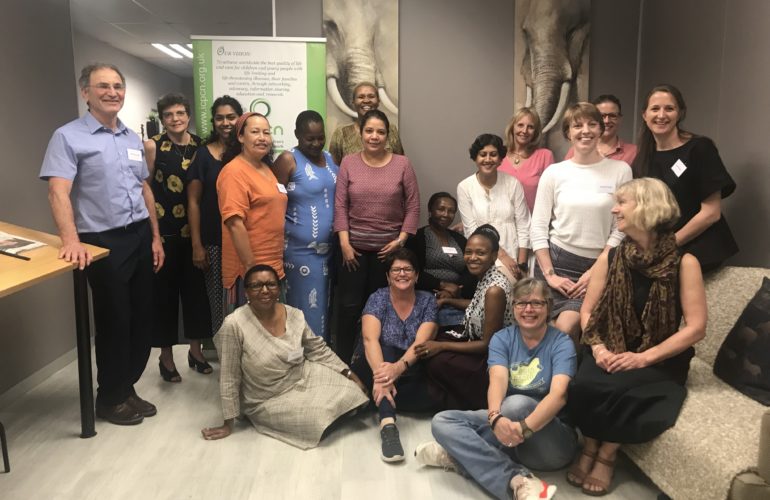 Many health care providers find the thought of talking to a child about their own or a parent’s life-limiting or life-threatening condition a daunting task.

Despite this, it is generally recognised that knowledge and understanding of their illness or that of a parent is important and leads to improved treatment adherence, mental health and the optimal functioning of the family.

Under the auspices of Oxford University and with the collaboration of the International Children’s Palliative Care Network (ICPCN) and Umduduzi – Hospice Care for Children a group of healthcare providers and relevant stakeholders met last week for a two-day workshop in Durban, South Africa.  The group were asked to give critical input into the development of guidelines for healthcare professionals to communicate with children in low and middle income countries about their own or a parents life-limiting or life-threatening condition.

Challenges and barriers to communicating with children, particularly in their own work settings, and cultural factors that influence communication in a southern African context were discussed in detail.

Dr Yasmin Goga, a paediatric Clinical Haematologist at Nkosi Albert Luthuli Hospital said, “Being a good communicator in healthcare often feels like you are swimming upstream.”

Prof Alan Stein, Head of Section, Child and Adolescent Psychiatry at Oxford University explaining the reasons for the development of the guidelines, said, “Many clinicians are just not used to communicating meaningfully with children in their professional roles.”

A set of communication principles were reviewed and suggestions and innovations to facilitate implementation of the guidelines, once developed, were discussed at the meeting.

Some of the challenges identified by the group within the South African context included:

Once developed, the guidelines will be made available through multiple channels, including the ICPCN website.