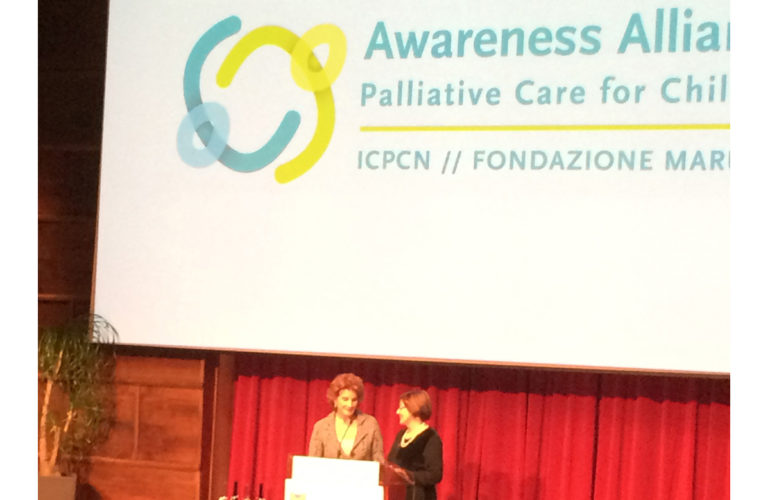 The timing of the Congress is particularly apt, as today (20 November) marks the 25th anniversary of the adoption of the Convention on the Rights of the Child by UN member states.

Research has shown that an estimated 20 million children worldwide are affected by illnesses and conditions that threaten their lives or which will inevitably lead to death in childhood or early adulthood.

Children’s palliative care services, providing flexible, holistic healthcare and support, offer the most appropriate solutions to the multiple care needs of this vulnerable population and support to their families.

The congress saw the launch of Awareness Alliance, a collaboration between the International Children’s Palliative Care Network (ICPCN) and Fondazione Maruzza to increase awareness and access to children’s palliative care worldwide, as well as the launch of the ‘Little Stars’ short film series.

Through collaboration on specific projects, the Awareness Alliance aims to increase the public’s awareness of children’s palliative care and encourage their engagement in activities that promote the development of services worldwide.

The ICPCN and the Fondazione Maruzza share the common vision of a world where palliative care is available to all children who need it.

Commenting on the Alliance, Joan Marston, ICPCN’s Chief Executive said: “As the ICPCN, we believe that palliative care is the right of every child with a life-limiting condition.

Fondazione Maruzza shares ICPCN’s belief, and by working together, complementing each other’s strengths and building the global voice for children’s palliative care, we are a step further in reaching the more than 20 million children who need palliative care across the world.”

The Congress also saw the launch of Little Stars, a series of short films produced by Moonshine Movies, which tells the surprisingly life-affirming stories of young people around the world living with life limiting illnesses.

Against the odds, these children and young adults are making the most of every moment, thanks to the support of their loved ones working in harmony with passionate ‘pain and palliative care’ teams.

These remarkable stories show young people finding hope, love, joy and attainment in the face of the inevitable.

Little Stars will be distributed across a variety of platforms including public screenings, television, a series of short films, a one hour film, online, social media, video-on-demand, DVD, photography exhibitions and as a smartphone app.

Read more about Little Stars on the International Children’s edition of ehospice.

Catch up with news on the Congress on the official website.